Every case requires a strong team that can work together to deliver results to the client. Whether the result is a favourable settlement or a quick and easy real estate transaction, our lawyers and staff will work together to achieve it.

Our founder and principal of the firm, Harvey James Katz, has been protecting the rights of innocent victims and helping injured people obtain compensation for over 40 years. He brings an insight to the firm that is truly unique and is an approachable and compassionate advocate. Harvey has invaluable trial experience in Ontario, and this allows him to see your claim from the beginning to the very end and prepare for the best possible outcome.

He is currently a member of the Law Society of Ontario, the Ontario Trial Lawyers Association, and the Hamilton Law Association.

Eli joined Harvey Katz law office in 2009 after articling at one Canada’s largest national law firms and has since provided outstanding legal advocacy and interpersonal skills to our clients. Eli’s practice includes representing our clients on personal injury matters, residential and commercial real estate transactions, and wills and estate planning.

Eli’s personal injury practice is focused on serious personal injury matters, catastrophic injury cases and complex client situations. Eli employs educated legal strategies and tactics to ensure his clients receive the compensation they deserve. Eli is a natural communicator, and his ability to translate complex, legal terms to plain English is something our clients appreciate most when working with him.

An active member of the Ontario Trial Lawyers Association and The Hamilton Law Association, Eli’s personal emphasis on community, communication and client service is evident in his work product. Eli regularly appears in the Superior Court of Ontario and excels as an advocate and formidable litigant both in and out of the courtroom.

Eli received his Juris Doctor from the University of Toronto and attended York University for his undergraduate studies. 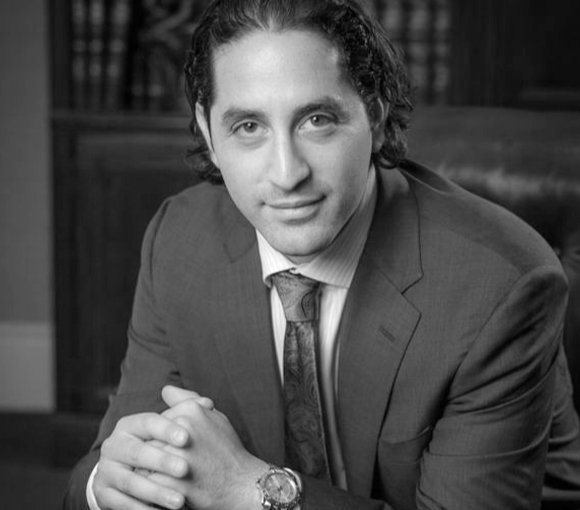 Jacqueline was called to the Bar in 2020 and joined Harvey Katz Law Office as a lawyer after completing her articles at the firm. She holds a Bachelor of Arts (Hons.) in English Literature & Language and Creative Writing from Western University. During her undergraduate studies, she was heavily involved in various fundraising initiatives and received the Western University Student Council Community Impact Award in her position as President of the university’s Habitat for Humanity Chapter.

She obtained her Bachelor of Laws from the University of Birmingham Law School, a leading Russell Group research university in the United Kingdom. During her time at law school, Jacqueline was elected as a Student Representative and Events Coordinator, volunteered as a Student Mentor, competed in various advocacy competitions, volunteered in the university’s Pro Bono Clinic, held the position of Pro Bono Fundraising & Events Coordinator, and she was awarded The University of Birmingham’s Gold CEPLER Award. After law school, Jacqueline went on to obtain her Master of Laws from Osgoode Hall Law School.

Jacqueline was raised in Hamilton. When Jacqueline is not working, you can find her exploring new restaurants and stores in Hamilton, attending live concerts & festivals, cheering at the Ti-Cats & Forge games, walking her dogs, and spending time with her family and friends.

Michael was born and raised in Burlington, Ontario. Prior to obtaining his LL.B. from the University of Sussex in the United Kingdom, Michael attended Brock University in St. Catharines, Ontario, and University of Otago in Dunedin, New Zealand. During his time at law school, Michael won the MacKay Cup National Moot Competition, supported by Canada’s then Minister of Justice and Attorney General, the Honourable Peter MacKay.

Following law school, Michael survived articling at Harvey Katz Law Office and joined the firm following his call to the Bar in 2017. Michael’s primary focus is motor vehicle accidents, slip-and-falls and long-term disability. He also helps his clients with their wills, estates and real estate transactions.

When Michael is not working, he enjoys hiking on the Bruce Trail, kayaking and exploring the Niagara Region’s wineries.